AFCA will be the new single point of contact for consumer complaints with super trustees, banks, brokers, banks, financial advisers, insurers and managed investment schemes. Trustees need to prepare for these changes as they bring increased requirements and obligations.

The decision-making process and criteria for super complaints remain the same as those used by the SCT. AFCA will provide the same remedies as the SCT, which aims to remove any unfairness or unreasonableness in the practical operation of the trustee’s decision or related conduct. If there is no financial loss or adverse outcome to the member, AFCA will confirm the trustee’s decision as fair and reasonable, just as the SCT does.

AFCA decisions
Members and super trustees can appeal an AFCA decision to the Federal Court, but only on matters of law.

AFCA powers
AFCA has the same statutory power to join other parties as the SCT and the same statutory power to access information and documents about a super complaint. However AFCA also has increased flexibility under its rules to resolve complaints, for example through negotiation, case conferences or conciliation and to obtain the information it requires in a variety of ways; for example through obtaining expert advice and through requiring parties to attend an interview.

Another change will be the referral of complaints to the trustee for a further opportunity to resolve them before AFCA starts its complaints handling process. This change may require trustees to have more resources (and delegations) in place to deal with these referrals.

Funding
AFCA is required by law to be self-funding. The AFCA board will be responsible for determining the funding model for super complaints. It will consult on the funding model during July. Eventually, it is expected that a ‘user pay’ model will apply, as is currently the case for existing ombudsman schemes.

Dual External Dispute Resolution Schemes
Superannuation trustees will need to deal with both the SCT and AFCA during the SCT wind-down period. The Minister has announced that there will be no capacity for SCT complaints to be transferred to AFCA.

Talk to Mercer about AFCA compliance
Mercer Governance and Legal Consulting has a range of services that can assist you in addressing the new requirements, including Board or Management briefings, consultancy about the governance of complaints handling under the new scheme and Policy and disclosure review. We can also provide training for complaints handling staff about the new ways of interacting with AFCA. Please complete the form below and a member of our team will be in touch. 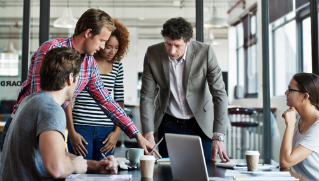 We're here to help
Mercer Governance and Legal Consulting has a range of services that can assist you with compliance.
Contact Us#contactForm

We're keen to hear from you. To speak with a Mercer consultant about Mercer's Governance & Legal services complete your details below.
*Required Fields