The Ageing Workforce. Why nobody can afford to let the boomers retire

Neither governments or employers can afford the traditional retirement arrangements, and neither can the baby boomers who make up an ageing workforce. Employers need to rethink their treatment of older workers argues Will Burkitt, an Innovation Leader at Mercer.

We’ve been hearing about ageing populations for so long it is easy to zone out when the topic arises. But as Will Burkitt recently told a roomful of HR executives at a Mercer HR Leaders Forum, peak boomer retirement (or, more likely, partial retirement) is about to hit. Employers need to adjust to this aging workforce accordingly.


Why boomers can’t be pensioned off

Politicians and workers have accepted reality

Both politicians and older workers seem to have accepted the notion that it’s ‘time to retire retirement’, to quote the aforementioned Mercer report’s conclusion. Australian governments are upping the retirement age (it’s jumping to 67 and will likely rise to 70) and have been introducing measures, such as the recently announced Pension Work Bonus, to incentivise their aging workforce to remain employed. Governments have also provided funding to encourage older workers to reskill and offered payments of up to $10,000 to businesses who hire employees aged 50 and over.

Many older Australians report being not just willing but eager to continue to work past retirement age, albeit in a part-time or casual capacity. Though only a relative handful of boomers have thus far retired, the phenomenon of the ‘boomeranger’ has already emerged. This refers to a boomer who retires then starts working again, as much for the social connections and sense of purpose it brings as the financial reward.

This is in line with the findings of Mercer’s Global Talent Trends report. These findings show that while remuneration remains important, individuals of all ages now either hope or expect that having a job will result in them being “recognised and rewarded for the wide range of contributions they make each and every day”.


How employers can get with the program

Australia’s talent pool will soon start to shrink. Organisational structures and practices don’t change overnight. Burkitt argues employers need to start taking action now if they don’t want to find themselves on the wrong side of demographic trends in the future. Here are the steps he recommends:

Start valuing older workers – Lots of HR departments fight the good fight over discrimination related to disability, gender, gender identity, race, religion and sexuality while ignoring the ageism elephant in the staff room. “Employers need to be aware of intended or unintended biases toward their aging workforce and set in train the necessary changes,” Burkitt observes.

Recognise what older workers bring to the table –“Mature employees have unique skill sets and a lot of life experience,” Burkitt says. “They are very good in client-facing or training roles.”

Offer flexible work – Older Australians want to work but usually not on a full-time basis. Many employers have already embraced flexible working, but they will likely need to tweak their policies and practices to accommodate older employees. “More attention will need to be paid to things such as carer’s leave and career breaks,” Burkitt says. “It may also be the case that some older employees only work during peak seasons or holiday periods.”

Get cross-generational buy-in – Long-frustrated Gen Xers and thrusting Gen Yers reaction to the news boomers will be hanging around workplaces for another couple of decades is unlikely to be one of unmitigated joy. Both older and younger workers will need to change their mindset if intergenerational workplace conflict is to be avoided. Boomers will need to accept that a lighter load will translate into a lighter pay packet and less prestigious job title. Their juniors will need to recognise boomers have a valuable and necessary role to play in the workforces of the 21stcentury.

“The demographic realities cannot be ignored any longer,” he said. “Mature employees are going to be an important part of the workforces of the future. The necessary systems, policies and procedures for managing older workers take time to put in place. How well prepared are you?”

Mercer's Talent Strategy consultants are trusted advisors to public and private-company senior management and boards of directors. Mercer’s Talent Strategy professionals provide best-in-class expertise in responding to key talent challenges, and planning and preparing workforces for the future of work. If you’d like to discuss the talent strategies in your organisation, reach out to the team here. 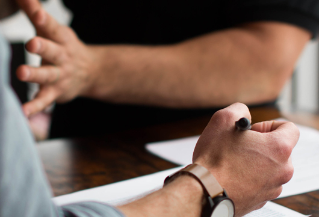 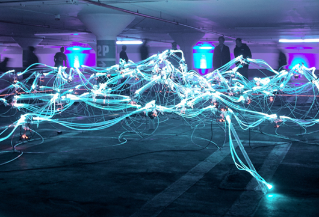 CSIRO has identified how digital transformation along with five other megatrends will transform the labour market over the next two decades. 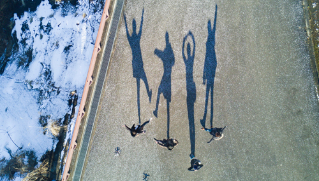 Pathway to Your Potential™

Pathway to Your Potential (P2YP) is a transformational sponsorship experience that empowers and inspires leaders to use their reputational capital to seek out opportunities for high potential, diverse talent, ...