YOLANDA BEATTIE is an affiliate of Mercer

I started my career as a diversity practitioner accidentally. It began in early 2013 when I joined the Workplace Gender Equality Agency as their head of public affairs. I took the role because I was passionate about good ideas that have significant economic and social consequences. And I relished the opportunity to be part of a group of women and men who were leading a fast-moving national agenda that impacts all of us in so many different ways.

In search of solutions to drive change, I became intellectually obsessed with the barriers women face at work and in society. Any change agenda needs a burning platform, and so I’ve spent many hours contemplating why gender equality is important for business. There are enough high performing homogenous teams and companies to satisfy a sceptic’s mind, which is partly why the importance of inclusion first lands so effectively.

Back in 2016 when I started immersing myself in the concept of inclusion I was struck by how unquestionably non-inclusive I had been. The penny dropped when I read Juliet Bourke’s excellent book, Which Two Heads Are Better Than One. Juliet beautifully lays out the concept of diversity of thought through the dimension of problem solving preferences. She argues we all have a preference for how we attack problems. We might start with the outcomes we’re pursuing, the options on the table, the people affected, the evidence available, the risks to consider or the process that must be followed. Our first and second preference will dominate our approach and we’ll tend to overlook or downplay the other preferences.

It also holds true that we tend to overlook or ignore people with different problem-solving preferences.

As I read this I realised my track record of overlooking, minimising and frankly undermining colleagues who gave primacy to process and risk, and who couldn’t appreciate my focus on outcomes. Conflict and upset was not the only cost of this mutual exclusion. Ideas, plans and campaigns were compromised because we couldn’t embrace our difference.

This glaring reality added the most important string to the business case for diversity and inclusion bow. It’s how we behave to embrace different perspectives that really matters most. As I started reading and thinking more about what it meant to be inclusive, the concept of inviting dissenting voices and different points of view was overwhelmingly appealing. As was the value of mindfulness in cultivating our ability to hold ideas lightly and explore life with a genuinely curious, open-hearted mind.

The echo chamber that is social media meant I had to intentionally search out different viewpoints. Coming from a politically conservative family means I never have to search too far. Indeed it was my sister who handed me the intellectual goldmine that is Sam Harris. A neuroscientist and philosopher, Harris champions the primacy of good ideas, the importance of and current risks to freedom of speech and the science of mindfulness. In his defence of free speech he laments the rise of identity politics as an ‘intellectual dead end’ that pits groups against each other and diminishes the value of the individual.

Stan Grant’s recent article in the The Australian captured an alternative view on the trouble with identity politics that also resonated powerfully: When we put identity first we necessarily enforce divisions. Instead, he argues, there’s much more to be gained by pursuing shared values.

Harris and my mother introduced me to Jordan Peterson. The first (and at this stage only) podcast I heard was an interview with Claire Lehmann, founder and editor of Quillette where both claim feminists have crafted the lie that the patriarchy rules the corporate world with the goal of oppressing women. There was much in this podcast I outright disagreed with (such as the incorrect assertion that feminists don’t believe in gender differences). But mostly I disagreed with what was not covered.

I think they have a point in claiming feminists overstate the sinister intentions of the patriarchy. Witness how many people who should know better claiming the gender pay gap of about 15-20% is based on like for like roles. It’s not. It’s based on the difference of average salaries and so is due to men dominating higher paid roles and women dominating lower paid roles. The reasons are still gendered, but it’s not as convenient or simple as outright discrimination. And that’s not to say that outright bias isn’t creating like for like pay gaps. I’ve done enough forensic pay equity audits to know these gaps exist in most organisations, and should be identified and corrected. You can read more from me on that here.

And so I think Peterson and Lehmann have a point that ideologically fuelled feminists get facts wrong. That’s because anyone ideologically fuelled will tend to get facts wrong. When your identity is fused to your ideas, alternative viewpoints become impossible to hear and consider. Indeed, I would suggest Peterson and Lehman suffer from the same affliction. Given their conversation didn’t give any airplay to the evidence that shows the critical mass in any system has an unconscious privilege that disadvantages anyone outside the archetype, it would seem a reasonable conclusion to make.

When I’ve shared my passion for listening to alternative views on diversity, a common retort is that the facts are settled, these people are peddling unhelpful deception and there’s no value in them having a platform. I have a number of problems with this view. First, political correctness doesn’t eliminate conservative perspectives. It just pushes them underground and breeds resentment.

Sunlight is the ultimate disinfectant. We need to ventilate all perspectives so we can have an intellectually honest conversation. This is not just about convincing conservative voices of the virtues of diversity (although I’d be dissembling if I said that wasn’t part of my intention). Second, this argument ignores the fact that human relations – and by extension gender relations – are incredibly complex. If we boil it down to black and white arguments, we intellectually deceive ourselves and others, and in the process exclude valid alternative viewpoints.

Moreover, when we invite different perspectives and look for points of agreement, especially when they’re ideologically different to our own, we practice our inclusion muscle. Diversity professionals know it’s hard to value and include difference. That’s why we argue for men to sponsor women and in the process have exposure to talent different to them. When we look for points of agreement in alternative viewpoints we practice letting go of our hardwired position and open our mind to a different perspectives. Over time that makes it easier to catch ourselves from falling into the trap of viewpoint exclusion.

I had the pleasure of interviewing one of my favourite thought leaders, Mellody Hobson, last year on the topic of inclusion and she shared some great advice about being curious about different perspectives. She talked about holding ideas lightly by literally putting your open palm out and as if there's an idea sitting in it, and then look at the idea from different perspectives and angles. That idea really resonated with me. We also discussed what ideas we just can't accept. Racism was the top of her list.

To be clear, I still disagree with much of what conservative commentators say on diversity. The controversy over former AMP chair Catherine Brenner triggered a spray of anti-feminist rhetoric. Claims that targets are “special favours for women” is probably the line that most riles me. We’re not asking for special favours; we’re just asking for a level playing field. The neuroscience of bias means the dominant archetype (in most organisations that’s white, extroverted and male) gets a smoother ride to the top. The degree to which you fall outside that norm influences the current you’re swimming against.

The end result is not a meritocracy, it’s often (although not always) unconscious “special favours” for the archetype who are more likely to be picked for the plum projects, be tapped on the shoulder for promotion and get paid bigger bonuses for average performance. How do I know this? Because Mercer has forensically analysed hundreds of companies’ remuneration and workforce data and most of the time this is what we find.

Now over five years into my career as a diversity practitioner, my life and my work are richer for truly embracing diversity in all its forms – gender, cultural background, sexual orientation, thinking preferences and viewpoints.

How well is your organisation doing at embracing diversity?

NB: I first read the term ‘viewpoint diversity’ in an article by Matthew Lesh. No longer will a ‘one size fits all’ approach work. With a fast pace of change in both lifestyle and technology, reviewing benefit packages to align with market trends has emerged as a key focus for organisations in 2018. 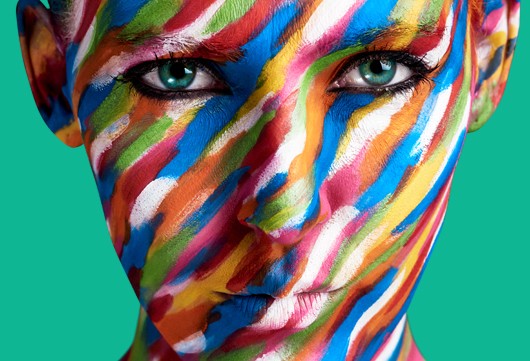