Increasingly the discussion around the board rooms of Australia’s blue-chip companies and heavy-hitting institutional investors is not about how to boost profits and share prices – but how to do good. Not that the conversation is exclusively about philanthropy or altruism: they’ve realised that adopting environmental, social and governance (ESG) principles makes sound financial and strategic sense.

“It’s been a slow burn over the past decade, but now ESG is considered an important part of investing well,” says Responsible Investments Association of Australasia CEO Simon O’Connor. “In the past couple of years it’s really accelerated because we have just seen how relevant these non-financial considerations have become to share price movements.” Also known as ethical investing, responsible investing or impact investing, ESG has evolved far beyond a fringe ethos catering to a minority of green-tinged or socially conscious consumers. Traditionally, ethical investment has meant refraining from investing in harmful industries such as tobacco or armaments, or environmentally destructive practices. Under the ESG banner, it entails much more: the “social” element covers aspects such as employing non-discriminatory hiring practices, affirmative action, treatment of workers (including remuneration), and avoiding products or services derived from slave labour. The “governance” part relates to how organisations – especially listed companies – comport themselves. Increasingly they’re being brought to account: Australian Ethical, the country’s biggest pure play ethical fund, recently divested its AMP holding amid revelations that the assurance giant was charging customers fees for non-existent services.

Under the RIAA banner, 220 institutions accounting for $5 trillion of assets under management have signed up for ESG principles. According to the RIAA’s 2017 benchmark report, $1 out of every $2 invested by the institutions — $622 billion — is done according to broad responsible guidelines. “That’s much higher than in the US and closer to the European experience,” O’Connor says. A further $64.9 billion is invested according to core responsible investing principles. A similar RIAA survey of 53 super funds released last week shows that 81 per cent are committed to responsible investing.

Mercer’s global business leader for responsible investment, Helga Birgden, says appraising ESG should be seminal to assessing the risk and return trade-off needed for any investment — especially at a time when investors are likely to achieve lower returns globally. Recently voted the #1 Investment Consulting Firm Globally for Sustainable and Responsible Investing, Mercer advises companies on ESG investment strategy and portfolio integration. “The core thesis of investing is to achieve a risk-adjusted return and the risk landscape is now more complex than it was,” she says. “For the Australian market, the key is understanding that value can be destroyed by environmental issues, or when the share value of a fast food company plummets because it’s been underpaying workers.”  Birgden says that while corporate and institutional investors have led the way on ESG, governments have not proved effective advocates. “But the winds of change are blowing,” she says.

In what Birgden dubs a “strong signal” to the market, recent comments from Geoff Summerhayes, an executive board member of the Australian Prudential Regulation Authority (which oversees banks, insurers and super funds) noted that “commercial imperatives” were behind the push to ESG and climate change as a financial risk. “Institutions that fail to adequately plan for this transition put their own futures in jeopardy, with subsequent consequences for their account holder members and policy holders,” he said.

Rio Tinto, who has been exiting the coal business, is seeing shareholders agitate for it to reconsider membership of industry bodies that support the coal industry.

The RIAA’s O’Connor concurs, saying the push is coming from both consumers and the institutions responsible for investing trillions of dollars of retail savings. “We are seeing the investment community ramping up their willingness to take a visible, active stance on these issues.” The trend was highlighted at recent annual meetings of QBE Insurance and Rio Tinto. In the case of QBE, a resolution to improve the insurer’s disclosure of climate risks received close to a 20 per cent vote in favour. In the case of Rio, 18.7 per cent of holders approved a motion exhorting the miner to reconsider its membership of industry bodies advocating for the coal industry. He also cites the backlash over underpayment of wages at franchises such as 7-Eleven and Caltex, as well as recent instances of bank misbehaviour. “They are using the full suite of tools available, such as voting, corporate engagement and public advocacy,” he says.

A slew of global research suggests that ESG adopters perform just as well as traditional investments and in some cases are demonstrably superior. For instance, a global meta study by Deutsche Asset Management and the University of Hamburg distilled the findings of 2000 separate performance studies. It concluded that deploying ESG principles helped returns 64 per cent of the time, and had a neutral or positive effect 93 per cent of the time.

According to the RIAA, “core” responsible funds returned an average 13 per cent over five years and 6.3 per cent over 10 years, compared with 11.6 per cent and 4.4 per cent for the benchmark S&P/ASX300 accumulation index.

Australian Ethical reports that its flagship retail fund gained 14 per cent over the past five years and 7.8 per cent over the past 10 years. The benchmark small ordinaries index returned 9.2 per cent and 2.6 per cent respectively. Australian Ethical CEO Phil Vernon says about half of all super funds have adopted some sort of responsible investment screens. Climate change, shifting consumer preferences and a hardening of attitudes towards big companies have all played a role. “We talk about the rise of the conscious consumer — substantial issues are becoming front and centre of their mind,” he says. 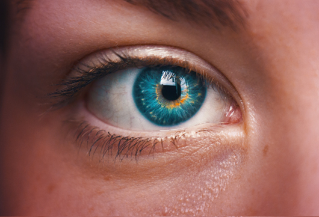 How safe is your investment portfolio?

Investing in a Time of Climate Change – The Sequel is Mercer’s latest climate scenario research and modeling for institutional investors with diversified portfolios to assess the “climate impact on investment return.” 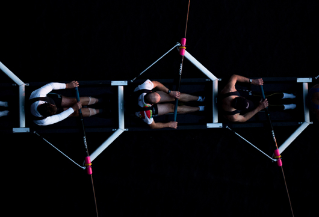 For any organisation devising a formal policy on responsible investing principles, getting the policy right and persuading all interested parties to take action is formidable enough.