Australian cities continue to offer the world’s highest quality of living and remain attractive destinations for expatriates on assignment, according to Mercer’s 20th annual Quality of Living survey. However, it was also revealed that cities in emerging markets, though challenged by economic and political turmoil, are catching up with top ranking cities following decades of investing in infrastructure, recreational facilities and housing in order to attract talent and multinational businesses.

This year, Vienna tops the ranking for the 9th year running and is followed by Zurich (2), Auckland and Munich in joint 3rd place. In 10th place, Sydney ranked highest for Australia, followed closely by Melbourne at 16th place. Just missing out on the top 20 was Perth at 21, followed by Adelaide (29), Canberra (30) and Brisbane (37).

“Today’s workplace is rapidly changing as we see more and more companies moving workers abroad,” said Kennedy. “However, to successfully transition employees to new locations, companies must understand the demands of operating in a contemporary VUCA (volatile, uncertain, complex and ambiguous) environment. Importantly, companies need to be mindful of not only the costs associated with expatriate postings, but the quality of life provided by the new locations.”

“With increasing globalisation and changing demographic of the workforce - attracting and retaining the right talent is set to be one of the key challenges for businesses over the next five years,” said Ilya Bonic, Senior Partner and President of Mercer’s Career business. “An increasingly diverse workforce is both more mobile and digital with highly diverging requirements and aspirations in terms of career, lifestyle and ultimately where and how they want to work. Companies need to consider these factors in their value proposition to both their local and their expatriate employees.”

Mercer’s authoritative survey is one of the world’s most comprehensive and is conducted annually to enable multinational companies and other organisations to compensate employees fairly when placing them on international assignments. In addition to valuable data on relative quality of living, Mercer’s surveys provide hardship premium recommendations for more than 450 cities throughout the world; this year’s ranking includes 231 of these cities.

This year, Mercer provides a separate ranking on City Sanitation, which analyses cities’ waste removal and sewage infrastructure, levels of infectious disease, air pollution, water availability and quality - all important aspects of a city’s attractiveness for both talent and businesses. Honolulu tops the City Sanitation ranking, followed by Helsinki and Ottawa in joint second, whereas Dhaka (230) and Port au Prince (231) fill the bottom places.

Australian cities all factored well under sanitation with Adelaide ranking 7th and Melbourne and Perth ranking equal 14th. This was followed by Canberra (23), Brisbane (36) and Sydney (39). Sydney scored lower due to air quality.

“One of the main contributing factors for Sydney scoring lower is air pollution,” said Kennedy. “The air quality in Sydney is adequate, with moderate levels of pollution. This is mainly caused due to emissions from industrial plants,” he said.

“How successful an international assignment is hinges on the personal and professional wellbeing of the individual expatriate and the welfare of their families,” said Slagin Parakatil, Principal at Mercer and Global Product Owner for its Quality of Living research. “As well as a significant hinder to a city’s business and talent attractiveness, poor quality of living can considerably impact on an expatriate’s life style. Younger generations, millennials in particular, often have high expectations in terms of lifestyle and leisure and entertainment opportunities. Companies sending expatriates need to get the full picture of conditions on the ground in order to compensate their employees appropriately for any decrease in living standards.”

“Equally those organisations considering opening an office in a new location should make a short, medium and long term assessment of the city’s infrastructure. Decision makers increasingly acknowledge that globalisation is challenging cities to inform, innovate and compete to attract people and investments – the key to a city’s future,” added Mr Parakatil.

Vienna remains the highest ranking city in Europe and globally, providing resident and expatriates with high security, well-structured public transportation and a variety of cultural and recreation facilities. Munich, Germany jumped to 3rd position as over time the city has made a concerted effort to attract talent and businesses by continuously investing in high-tech infrastructure and promoting its cultural facilities. As a result of the terrorist attack in Stockholm (23) the city drops three places whereas Oslo (25) and Lisbon (38) increase their rankings by six and five places respectively. London remains further down the list as due to its persistent issues with traffic congestion and air pollution it drops one place to rank 41st.

The City Sanitation ranking sees several Nordic cities ranked among the top 10 globally, with Helsinki in second and Copenhagen, Oslo and Stockholm all tied in 8th place.

In South America, Montevideo (77) ranks highest for quality of living, followed by Buenos Aires (91) and Santiago (92). Caracas (193) and Port au Prince (228) are the lowest ranking cities in the region.
Dropping 21 places, the city of San Juan (96) sees the highest drop in the ranking globally.

In the City Sanitation ranking, Honolulu (1) the highest in the region and globally, followed by Ottawa, Canada (2). Montevideo, Uruguay (71) is the highest ranking South American city.

Dubai (74) continues to rank highest for quality of living across the Middle East, closely followed by Abu Dhabi (77), up two places. Damascus (225), Sana’a (229) and Baghdad (231) are the region’s three lowest-ranked cities for quality of living. Both ranking 65th, Abu Dhabi and Dubai top the regional list for City Sanitation. Only four other cities in this region make the top 100, including Muscat (70), Tel Aviv (87), Manama (93), and Kuwait City (99).

Port Louis (83) is the highest ranking African city for quality of living followed by the Durban (89), Cape Town (94) and Johannesburg (95). N’Djamena (226), Khartoum (227) and Bangui (230) stay the lowest ranked in the region. Persistent political instability, poverty, extreme climates and lack of appropriate infrastructure investments means these cities have the lowest quality of living worldwide.

Victoria (58th) ranks highest on the continent for City Sanitation, followed by Durban (73) and Port Louis (80), whereas Brazzaville (225) and Antananarivo (226) fill the bottom places.

New Zealand and Australia continue to rank highly in quality of living: Auckland (3), Sydney (10), Wellington (15), and Melbourne (16) all remain in the top 20. The region’s cities also rank high for City Sanitation, with Auckland in 5th globally and Adelaide in 7th.

The data was largely analysed between September and November 2017, and it will be updated regularly to account for changing circumstances. In particular, the assessments will be revised to reflect significant political, economic, and environmental developments.The list of rankings is provided to media for reference, and should not be published in full. The top 10 and bottom 10 cities in either list may be reproduced in a table.

The information and data obtained through the Quality of Living reports are for information purposes only and are intended for use by multinational organisations, government agencies, and municipalities. They are not designed or intended for use as the basis for foreign investment or tourism. In no event will Mercer be liable for any decision made or action taken in reliance of the results obtained through the use of, or the information or data contained in, the reports. While the reports have been prepared based upon sources, information, and systems believed to be reliable and accurate, they are provided on an “as-is” basis, and Mercer accepts no responsibility/liability for the validity/accuracy (or otherwise) of the resources/data used to compile the reports. Mercer and its affiliates make no representations or warranties with respect to the reports, and disclaim all express, implied and statutory warranties of any kind, including, representations and implied warranties of quality, accuracy, timeliness, completeness, merchantability, and fitness for a particular purpose.

Mercer also helps municipalities to assess factors that can improve their quality of living rankings. In a global environment, employers have many choices about where to deploy their mobile employees and set up new business. A city’s quality of living can be an important variable for employers to consider.

Leaders in many cities want to understand the specific factors that affect their residents’ quality of living and address those issues that lower a city’s overall quality-of-living ranking. Mercer advises municipalities by using a holistic approach that addresses the goals of progressing towards excellence and attracting both multinational companies and globally mobile talent by improving the elements that are measured in its Quality of Living survey.

The scores attributed to each factor, which are weighted to reflect their importance to expatriates, permit objective city-to-city comparisons. The result is a Quality of Living index that compares relative differences between any two locations evaluated. For the indices to be used effectively, Mercer has created a grid that enables users to link the resulting index to a quality of living allowance amount by recommending a percentage value in relation to the index.

Explore the range of Superannuation Fund Services Mercer provides to make a difference in the lives of millions of people every day.. 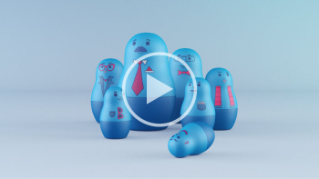 Be Part of Something Bigger 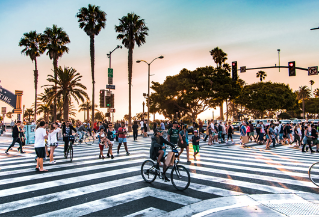 10 Principles for an Ideal Retirement System 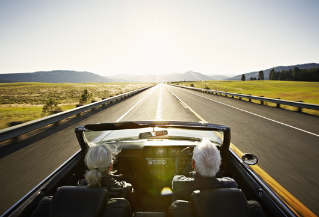 While it seems Australians may not spend as much in retirement as they expect, uncertainly about having enough money in retirement may cause them to be overly frugal. A new report from Mercer Australia says retirees’ great expectations do now mirror reality. Meredith Booth,Finance Journalist, writes