Navigating our path to recovery

The government signalled last year that, in the lead up to the 2021 budget, it would review whether the increases should proceed taking into account the economic impact of COVID-19. In addition, the government has been subject to lobbying campaigns by a number of coalition backbenchers and advocacy groups to delay or scrap the scheduled increases, with some support from the Retirement Income Review.

This has created considerable uncertainty over whether the SG increases would proceed as planned.

The budget does not mention any change to the scheduled SG increases.  The SG rate will therefore increase from the current 9.5% to 10% from 1 July 2021. With the economy recovering strongly from the impact of COVID-19, the government has not announced any change to the currently legislated schedule, at least for the time being.

However, the lack of any government policy announcement on the SG rate leaves room for the government to later seek to scrap or delay the SG increases scheduled for later years. 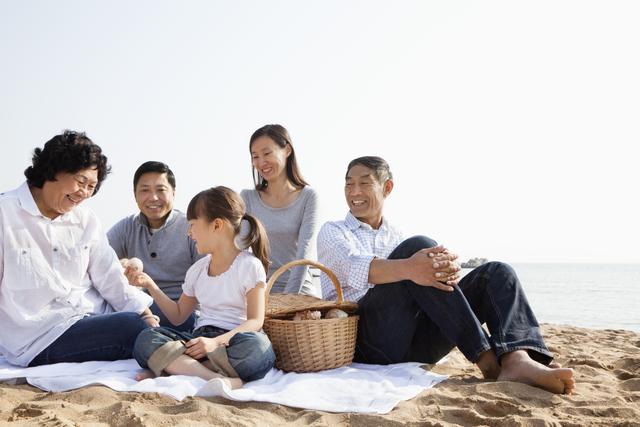 Mercer welcomes the increase in the SG to 10%, however, it is disappointing that the government has not re-affirmed its commitment to the increase to 12% by 2025.

We believe building the SG rate to 12% over time is important to help more Australians to save enough for a dignified retirement in which they can afford to maintain a similar lifestyle to that which they enjoyed during their working careers.

Removing the $450 per month earnings threshold for SG

The government will remove the current $450 per month minimum earnings threshold, under which employees do not have to be paid the Superannuation Guarantee (SG) by their employer. The government expects to pass legislation in time for this measure to take effect from 1 July 2022.

Currently, employers are not required to pay SG contributions in respect of employees who earn less than $450 in a given month. The Retirement Income Review estimated that this affects around 300,000 individuals, 63 per cent of whom are women. Those affected include employees working a limited number of hours, and those working a number of different jobs which each pay less than $450 per month. The application of the current threshold provides an incentive to employers to spread the available work amongst a greater number of employees in order to minimise superannuation costs.

This measure will improve equity by expanding the SG coverage for cohorts with lower incomes, and ensure that all employees receive superannuation for all ordinary hours of work.

Although the threshold was originally introduced as a means of reducing the administrative burden on employers, there seems little justification to continue this measure now that superannuation contributions are paid electronically.

Mercer welcomes the removal of this threshold, which will result in improved superannuation coverage for lower income employees, particularly women. We have long regarded the current threshold as unfair, as it effectively results in lower overall pay rates for affected employees working fewer hours (or whose total hours are spread across multiple employers).

The 2021-22 Budget includes the following measures to give older Australians, including self-funded retirees, greater flexibility to contribute to their superannuation and access their housing wealth:

Work Test to be scrapped for those aged 67 to 74

From 1 July 2022, individuals aged 67 to 74 will no longer need to meet the Work Test before they can make voluntary superannuation contributions – unless they want to claim a tax deduction.

Currently the Work Test requires individuals aged 67 or more to work a minimum of 40 hours over a 30 day period in a financial year in order to be eligible for voluntary contributions (both concessional and non-concessional) to super in that year. This is subject to a conditional exemption for recent retirees who satisfied the Work Test in the prior year and had total super of less than $300,000 at the prior 30 June.

The Government has announced that, from 1 July 2022, those aged 67 to 74 will be able to make voluntary non-concessional and salary-sacrificed superannuation contributions without meeting the Work Test. However, they will still need to meet the Work Test to be eligible to claim a tax deduction for personal contributions.

This change is being made to provide greater flexibility for those in or nearing retirement to boost their superannuation savings, recognising that many retirees have accumulated savings outside super.

From 1 July 2022, eligible participants in the PLS will be permitted to access up to 50% of the maximum annual Age Pension in one or two lump sum advances each year.

The PLS is a voluntary, reverse mortgage type loan from the Government permitting an eligible recipient to access “top up” pension payments of up to 150% of the applicable maximum rate of Age Pension.  PLS payments accrue as a debt to the Government secured against suitable, Australian real estate with interest at a current rate of 4.5% p.a.

For an eligible person already receiving the full-rate Age Pension, a PLS fortnightly payment of up to 50% of the Maximum Age Pension is currently available.  Under the changes announced, from 1 July 2022, that additional 50% PLS may be taken either as a supplemental fortnightly payment (as per the current rules) or in full as an advance lump sum instalment (or two instalments). The maximum PLS amount otherwise depends on a person’s age and available security for the loan.

Also from 1 July 2022, a new “No Negative Equity Guarantee” will apply to the PLS.  This means that a PLS borrower (and their estate) can never owe more than the market value of their security property – the Government’s recoverable loan under the PLS at any time will be capped to the market value of the security for the loan.  This new condition for the PLS is professed to be for consistency with private sector, reverse mortgage terms.

The government will reduce the eligibility age to make downsizer contributions into super from 65 to 60 years of age.

The measure provides older Australians with greater flexibility in the timing of downsizing their home and using some of the proceeds to fund their retirement.  This change will commence from 1 July 2022.

The government will legislate to allow individuals to exit (fully commute) a specified range of legacy retirement pension products, together with any associated reserves, for a two-year period. The measure will have effect from the first financial year after the date of Royal Assent of the enabling legislation and it will not be compulsory for individuals to take part.


The measure will include market-linked, life-expectancy and lifetime pensions that started prior to 20 September 2007, but not flexi-pension products from any provider or defined benefit (DB) pensions in a large APRA-regulated or public sector DB scheme.

Currently, these products cannot be commuted unless it is in order to convert into another like product and limits apply to the allocation of any associated reserves without counting towards an individual’s contribution caps.

Retirees with these products, who choose to, will be able to completely exit these products by fully commuting the product and transferring the underlying capital, including any reserves, back into a superannuation fund account in the accumulation phase. From there, they can decide to commence a new retirement product (subject to their transfer balance cap), take a lump sum benefit, or retain the funds in that account.

Any commuted reserves will not be counted towards an individual’s concessional contribution cap and will not trigger excess contributions. Instead, they will be taxed as an assessable contribution of the fund (with a 15 per cent tax rate), “recognising the prior concessional tax treatment received when the reserve was accumulated and held to pay a pension”.

Social security and taxation treatment will not be grandfathered for any new products commenced with commuted funds. The current transfer balance cap valuation methods for the legacy product will still apply – including on commencement and for any commutation.

The government suggests that individuals who may want to take up the option to exit their legacy retirement product should consider seeking independent financial advice.

Other measures mentioned in the Women’s Budget Statement include the following superannuation measures:

The government announced two sets of measures for the FHSSS on Budget night:

The maximum releasable amount under the FHSS is currently $30,000 and only voluntary concessional and non-concessional contributions made from 1 July 2017 (up to an annual limit of $15,000 for the purposes of the scheme) and applicable earnings count towards that total.  The changes will increase the total releasable amount for an eligible applicant under the scheme to $50,000 from the first financial year following passage of the enabling legislation and Royal Assent.  That is expected to occur before 1 July 2022.

The technical amendments are intended to apply retrospectively from 1 July 2018 and include:

For both SMSFs (i.e self-managed superannuation funds) and SAFs (i.e small APRA-regulated funds), the active member residency requirement will be removed.  For SMSFs, the central control and management test safe harbour for residency purposes will be extended from two to five years.

The measure is intended to permit members of either SMSFs or SAFs to continue to contribute to their fund while temporarily overseas (including for work and/or education reasons)  – as for the treatment of normal APRA regulated fund members while temporarily working or studying overseas.  This reform is intended to operate from the first financial year after the enabling legislation is passed and Royal Assent given – expected to occur prior to 1 July 2022.

In anticipation of the proposed YFYS legislation becoming law, APRA is to be provided with an additional $9.6m of funding over the next four financial years to supervise and enforce the YFYS “transparency and accountability measures”.  Presumably, this will cover matters such as the overseeing super fund trustee compliance with the new annual fund performance test requirements and best financial interest duties, proposed to apply from 1 July 2021 under the (yet to be passed) YFYS Bill and draft regulations.

Super Consumers Australia (SCA) is also to receive $1.6m in funding for its activities in supporting “stronger consumer outcomes” for members. This appears to be an interim arrangement with the government still in the process of considering the appointment of a permanent superannuation consumer advocacy body.

The additional funding proposed for both APRA and SCA is to be partially met by increase in industry levies.

Funding for other priorities – ATO transfers to KiwiSaver; consultation on proxy voting advice; FASEA wind down

The government will provide additional resourcing to cover: