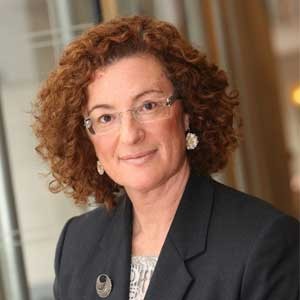 
Jo-Anne returned from the US in June 2017 to take up this role and was previously Mercer’s Innovation Leader based in Hoboken, New Jersey. Jo-Anne moved to the US in July 2014 to lead the newly established Innovation Hub with a focus on disruption and transformation in the areas of health, wealth and career, and the future of work.  Jo-Anne lead the development and launch of solutions such as Mercer PeoplePro, a technology-enabled consulting platform employing Mercer alumni, and became an accredited Design Thinking facilitator, working with colleagues and clients to explore innovative ideas and solutions.


Career history
Prior to the US Jo-Anne spent four years as Financial Advice Leader for Mercer in Australia. Responsible for delivering innovative and industry-leading financial advisory services to more than one million superannuation members, superannuation trustees, and financial institutions, the business developed popular solutions in the mass market financial advice sector using technology to deliver fast and cost-effective financial advice.
Jo-Anne was the Chief Executive Officer of the Financial Planning Association of Australia (FPA) - a role she held for almost four years.


Jo-Anne’s career has been predominantly in financial services having worked for National Mutual, Macquarie Bank, NSP Buck/Mellon, and as the Deputy Chief Executive Officer of the Investment and Financial Services Association (IFSA). Jo-Anne also worked for Mercer in Australia following the acquisition of Sedgwick Noble Lowndes in 1999, and in the UK from 2004 to 2006.


Jo-Anne has a B.Comm (Marketing) from the University of NSW.


Professional affiliations
Jo-Anne has served on the NSW Government’s Premiers Council for Women, as an inaugural Board Director of Pillar, as a Director of the Bushfire Co-operative Research Centre, as a member of the global Financial Planning Standards Board Council and a member of the Federal Government’s Superannuation Advisory Council and Financial Services Task Force. Jo-Anne has also served as a member of ASIC’s External Advisory Panel and as chair of the Marsh & McLennan Women’s Network in Australia. She is a Fellow of the Australian Institute of Company Directors.


BACK TO ABOUT PAGE